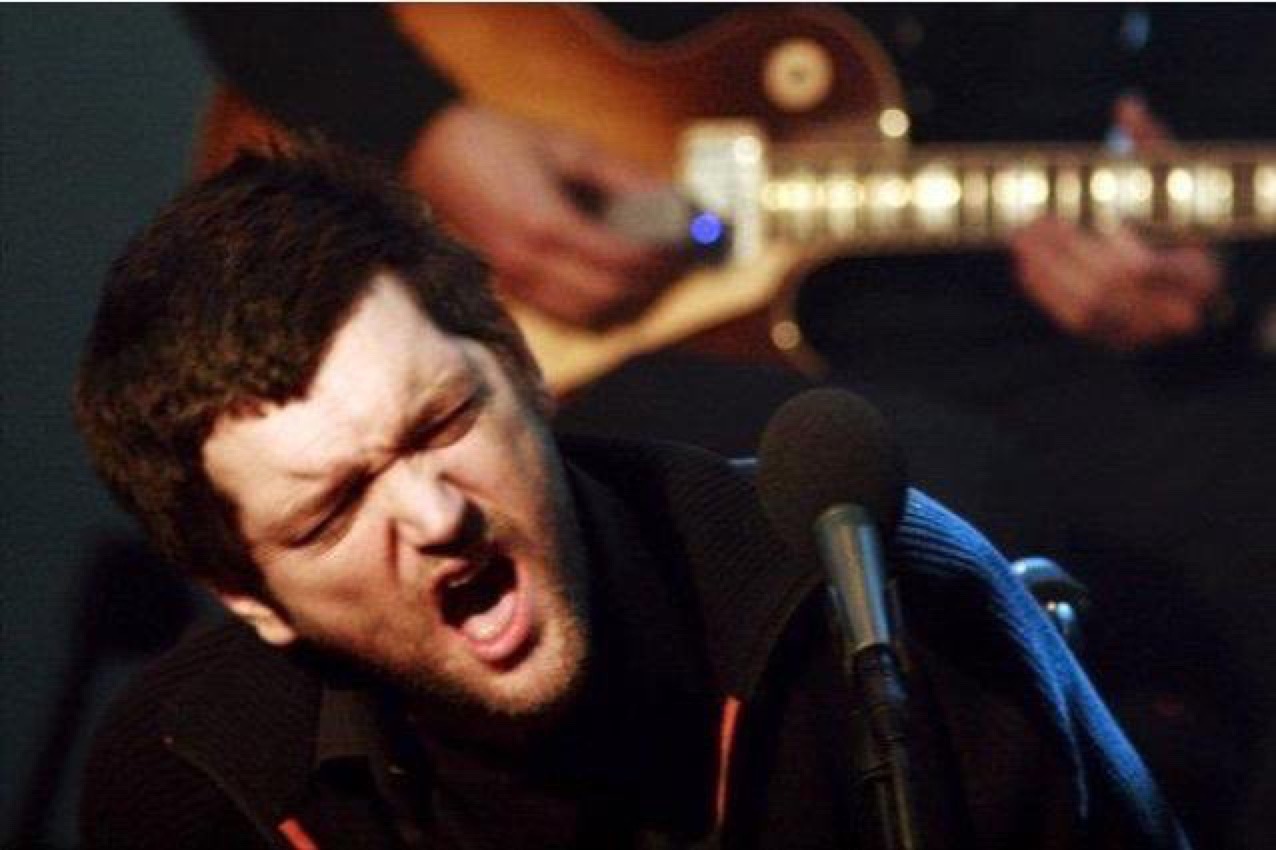 A couple of things happened before this gig in Dingle for Other Voices (2007) I remember so vividly.

Ferg was was worried the wheels on his chair would look crap on tv, so I sprayed them black. That evening he got news of the passing of a family member. The Swell Season had learnt of their Oscar nomination, and they were the opening act that night. When Ferg hit the stage and sang that night, I felt the tears stream down my cheeks.

A couple of months earlier we, the two of us, sat, we drank, we ate, we danced and twelve odd hours later we watched the sunrise talking film plots and the colours of dawn, and somewhere in all that, without either of us breaking stride I picked up my camera and shot a sequence of portraits, sixty odd making up one portrait of Fergus O’Farrell.

I gave Ferg the only print of this, a tiny gesture a return, maybe the best I could do to give something of a night to remember, to forget, to have lived, to someone who gave me so much in person and in song.

If you look carefully you might find it tucked away in a corner gathering dust. Wherever it is, it is meant to be until it needs to elsewhere.

Four photos from this sequence hang in my front room. Every day, every night, every dawn, every coffee and every visitor sits with Ferg right there.

Over the years there many a friend I’ve carried out of bars, clubs and venues… Ferg is the only one I’ve (not alone in that) carried in. We had a meeting about it, a plan which went out the window, for a gig at The Pav in Cork. We got him there. X

There are a whole bunch of photos and videos to go with a thousand stories and memories, each as poignant as the next. It’s been a treat seeing these, and no doubt there’ll be more in time.

This one by Damien Drake, Ferg doing American Townland straight up, I saw for the first time yesterday. Special.